A Counterexample to the Pro-life Position?

The other day I read this thought provoking intuition pump that was taken by the presenter to be a counterexample to any pro-life position (actually it was posed as a problem for the anti-choice position):

Whenever you say that human life begins or whenever you have a morally relevant being (where a morally relevant being is a being that ought to be protected and preserved -- perhaps for some potential that it has), imagine that you have 5 organisms that are at that stage. There is a fire in a building and you can save either the 5 organisms that are at that stage or a 2-year old child, but not both. (the target of this example was those who believe that human life begins at conception)

The idea is that the obvious answer is that you should save the 2-year old child. However, if the pro-life advocate says this, it is supposed to undermine her pro-life position. The earlier that one believes that human life or moral relevancy begins the more pull the story seems to have.

First, I think that the example can be made stronger. One seemingly good reason to choose the 2-year old in this situation is that she has perceptions and feelings which would make her death in the flames a tortuous event which would not be shared by the 5 organisms. Perhaps some case (perhaps a utilitarian one) can be made where this would give the pro-life advocate an advantage. So let us instead suppose that the death that awaits either of the groups is a quick and painless death.

I think that sets everything up in the broadest way that is most to the point.
This case is interesting and worth investigation. In the end I don't think that it succeeds.
I'll post some reasons later in the comments, but I would like to hear some input from others.
Posted by jon at 8:08 p.m. 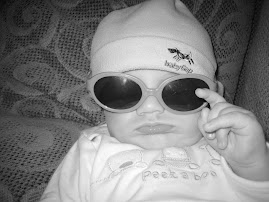